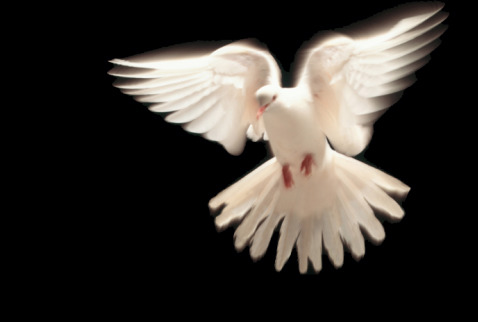 As one of the historic peace churches, the Church of the Brethren continues to support those that make a decision of conscience opposing war.

Here are some links that relate to Peace Witness:

Church of the Brethren Pursueing Peace

Church of the Brethren Peace Heritage

Since its inception the Church of the Brethren has been committed to peace. Brethren fled Germany and Holland to escape war and persecution and in coming to America a founder of the church, Alexander Mack, stated firmly, "No [Ana]Baptist will be found in war." Despite harassment the church resisted support of the Revolutionary War effort. This harassment was then magnified during as Brethren refused to participate in the Civil War, especially in the south.

After World War I the Church of the Brethren began participating with Quaker Friends and Mennonites in various peace conferences and began to be known as the “Historic Peace Churches.” They formed the National Service Board for Religious Objectors that administered fourteen Civilian Public Service camps during WWII. It was also during this time that the Church of the Brethren pioneered the resettlement of Japanese Americans who were interned in U.S. evacuation camps.

In 1955 the “Historic Peace Churches” began holding conferences in Europe to provide for conscientious objectors to war. The Brethren played a significant role in forming the Eirene program that was born out of these conferences, and works to provide an alternative to military service in many European countries today.

The Brethren Service Committee began to work on humanitarian relief projects in 1939 in Germany, Greece, Italy, and China promoting good will and reconciliation. This program was formalized in 1948 as the Brethren Volunteer Service to provide alternative service for conscientious objectors from the US and abroad.

Over time, the church grew in its understanding of peace. In 1974 M. R. Ziegler formed “On Earth Peace” which focuses on peace education. In 1976 Brethren and Mennonites joined the Friends in New Call to Peacemaking, which sponsored several conferences to "explore actively the implications of peacemaking in the contemporary world."

In recent history the Brethren have recognized justice as a critical element of peacemaking. In 1983 Brethren churches were declared sanctuaries for Central American refugees and assisted in resettling them. In 1986 the Church of the Brethren opposed investing in any company doing business in South Africa, where the government practiced apartheid.

The Church of the Brethren has grown in its understanding of the complexity of violence beyond warfare to include economic, spiritual, emotional and physical violence. Today the church seeks peace as not merely the opposite of war, but as a system where all of God’s creation is given just treatment.